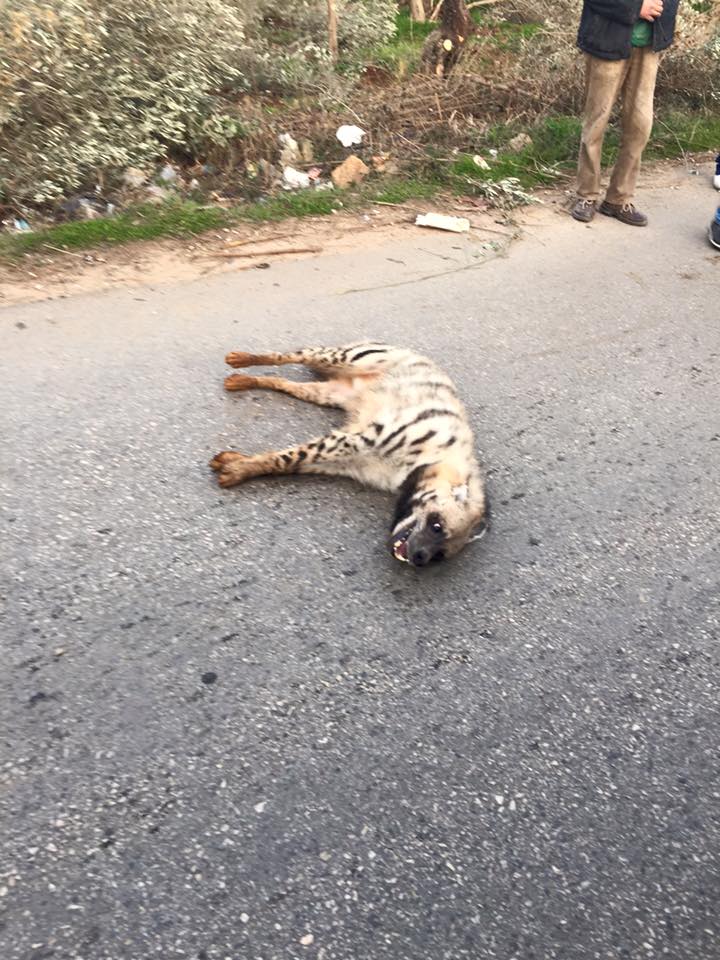 I cannot believe that their first instinct was to shoot the poor animal in the head instead of calling the cops or an ambulance or NGOs like Animals Lebanon & BETA that take care of animals. Unfortunately, this is not the first crime against hyenas in Lebanon and it won’t be the last.

I’ve said that a dozen times and will repeat it: Hyenas are harmless gentle creatures and they don’t attack humans (especially the striped ones). Moreover, the Lebanese hyena is an endangered species and plays a crucial role by cleaning forests from carcasses and bones, which is why we need to condemn these attacks and fine people who harm hyenas from now on. If they really felt threatened by the animal, they could have tied him up and waited for someone specialized in animals to show up instead of shooting him brutally like that.

PS: The video contains graphic content and may not be suitable for sensitive viewers or children.