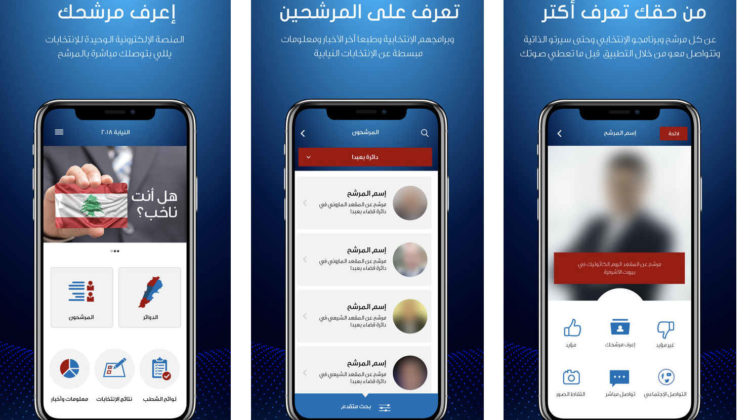 There’s a really cool app that was released last week ahead of the 2018 elections called “إعرف مرشحك- Elections 2018” whose aim is to help educate the Lebanese citizens about the candidates, the electoral process, and how and where to vote.

Once installed, the app asks for your mobile number for verification, then your enter your name & family and the district under which you vote. Once done, you will get a full list of candidates running in your district, along with a brief biography of every candidate, his/her electoral program and a media folder containing pictures and videos about them. You also have the option to like or dislike a candidate.

Moreover, you can now directly reach and message privately any registered candidate with an encrypted message or through his social media channels. The “Know Your Candidate “, “Electoral Program” and “Get in Touch” features are not yet available for all candidates though as they need to be activated by the candidates themselves. As for the electoral lists, they’re still not available since they were not declared yet by most parties.

All in all, the app is a work in progress and there’s still a lot of missing information but it’s a useful tool to know more about your candidates, especially with the current electoral law that forces you to vote for a whole list where you probably know a candidate or two max. What I would add is every candidate’s achievements and a comparative tool between two candidates running under the same district.