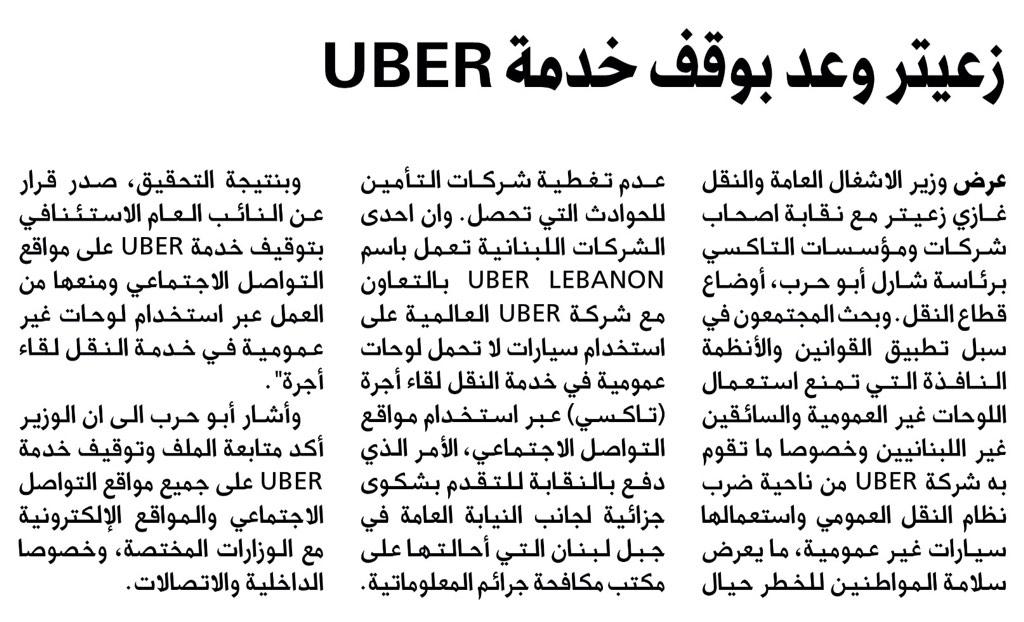 Update2: Uber Beirut confirmed that these claims are not true and that business is running as usual.

Mustapha shared me with me this morning an article from Annahar stating that Uber will be banned in Lebanon after complaints by the taxi syndicate. Uber Beirut launched back in July and has been offering an excellent service at competitive prices. I personally used it at least 6 times so far and I have nothing to complain about.

As far as the ban is concerned, I honestly find it unfair and there are three things that I didn’t understand:

1- How are the Lebanese authorities going to ban Uber from all social media channels? How does that work?
2- Didn’t the ministry approve Uber’s business in Beirut before they launched? I don’t think they just launched the service here without any prior approval.
3- Can’t the ministry agree with Uber on using taxi drivers? or get its drivers a proper taxi license plate?

By the way I just checked the app and it’s working normally.

Update: Here’s a one-month old [article] about the same issue in the Daily Star. Thanks Elie!