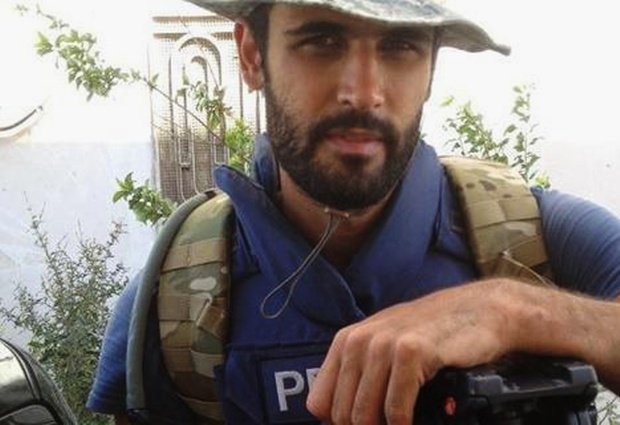 We all want the kidnapped Lebanese soldiers to be freed, and it is a matter of utmost importance, but we should give the same importance to any Lebanese kidnapped in Syria, whether they are soldiers, journalists, activists or just normal citizens. Samir Kassab is a Lebanese and the Lebanese authorities should free him the soonest possible, specially that there are no politics involved here.

It’s been a year already and no one knows where Samir is.

One year after Lebanese cameraman Samir Kassab was kidnapped, his family still wakes up each day hoping that their son, brother, and fiance will return to them. “Since then, we have no confirmed information regarding his situation,” Georges Kassab, Samir’s brother, told The Daily Star. “We heard from someone who said they saw him together with his crew – though nothing is sure.”

Kassab was kidnapped with his Sky News colleagues Ishak Moctar, a Mauritanian, and a Syrian driver whose family asked that his name not be printed, while working near Aleppo on assignment last October. [Link]