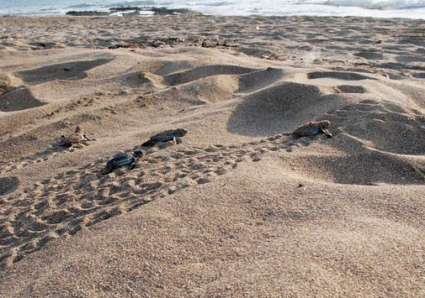 Mansouri and Kolaila beaches are two of the most beautiful and clean beaches in Lebanon and are also well protected turtle reserves, at least until now. The local municipalities, thanks to the Orange House Project, have recognized both beaches as protected natural areas but this is not enough to ensure a long-term preservation as it requires the government’s intervention.

For those of you who don’t know what the Orange House Project is, it was founded in 2012 and works for the protection and conservation of sea turtles in South Lebanon. Their work has been threatened however by several violations committed by irresponsible people, with the latest being taking down an iron fence to build kiosks and restaurants for a women-only beach.

Needless to say, the government HAS to officially declare these areas protected ones specially that they may be the region’s last turtle and marine reserve. Signing the petition might not get things done but at least it will raise further awareness.

Sign the [Petition], spread the world and help in anyway you can to protect this precious natural heritage.

South Lebanon… where the last untouched beach of the Lebanese coast lays… the one where sea turtles are born and come back every year to lay eggs. This is where the “Orange House” has been created by Mona Khalil, guardian angel of the turtles. The “Orange House” has been transformed to an ecological site (which is open to visitors) that spans on 1.4 km of coast and from which revenues help to finance preservation of marine species, and in particular sea turtles. Protecting this zone is even more important given that the sea turtle is a considered an endangered species globally.

Unfortunately, this beach faces a great danger: the human being… It has been several years that this natural zone suffers from multiple aggressions: sand theft, municipal waste discharge, installing walls, construction works… all of which constitute a pernicious cancer that is slowly destroying one of the last sanctuaries of the coastline. The most recent attack was the work of developers who took away an iron fence to build a concrete wall to mount kiosks and restaurants to create a beach for women. The president of the council of Mansouri, Riyad Zabad said no permit had been issued by the municipality for any work. Yet, these acts are more frequent, establishing a long and sad list of serious violations and illegal activities.

It is worth noting that those sea turtles come to lay their eggs on the beach where they were born. The disappearance or alteration of those sites modifies the turtles’ behavior and drastically reduces their birth rate, further exacerbating their endangered status. Mona Khalil explains, “This part of the beach where the recent construction works are taking place is particularly important for the turtles. This year, because of the iron fence they previously installed, the turtles were not able to reach the beach. This explains why we have seen a sharp decline in birth rates: no more than 35 nests this season, while we usually have an average of more than 50 in previous years”. So just imagine the disaster a construction project would cause.

It is the ecological importance and value of this beach, which has pressed Mona Khalil and other defenders to protect it with a ranking of “Hima”. “One should not believe that a “Hima” is not subject to rules and procedures similar to those laws of natural reserves”, she says. All of the presidents of the surrounding municipal councils have signed a commitment to protect the beach. But when we remind them, they laugh at us, claiming that no law is applied in this country.”… A bitter reality that even the officials do not want to change.

Departments and the municipality do not seem to care and the future of this last sanctuary depends on Mona and her family at this time; which are increasingly powerless in the face of repeated attacks and lack of support from most leaders.

It is everyone’s duty to participate in the improvement of not only our country, but also in the protection of our natural resources which do not belong to one country but to the entire planet. The region’s last turtle and marine species sanctuary is in danger! Help us protect this site and push local governments to declare the area a nature reserve and part of the local natural heritage. It is up to us to make a difference and rebuke the gossips and cynics, who view everything as a lost cause in Lebanon. 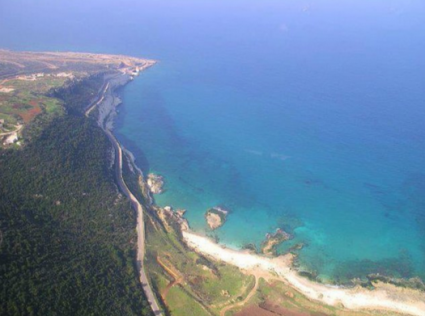