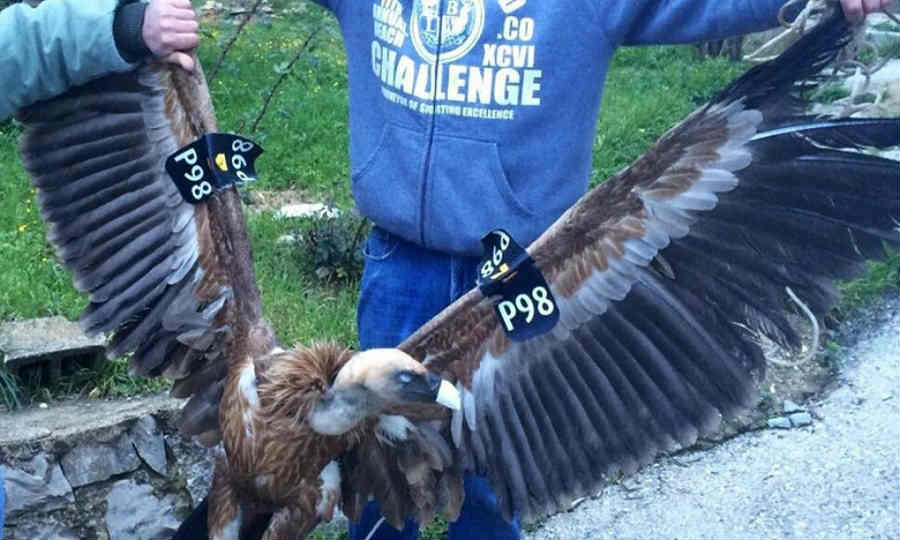 I don’t have a problem with apprehending birds that have Israeli identification rings on them but to capture them on suspicious of espionage is quite ridiculous. Any headline is better than “Vulture arrested in Lebanon on suspicion of spying” or “Israeli “Spy Eagle” Caught In Lebanon” because such headlines really make us look stupid.

I’m sure Israel has all sorts of spying tools and could be using birds and animals as well (hard to believe tbh), but let’s report this the proper way and make sure we find a spying tool on that poor bird before accusing him of spying lol!

A vulture from an Israeli nature reserve has been captured in Lebanon on suspicion of espionage after flying across the border, Israel’s nature reserve authority has said.

Members of the Israeli public phoned the Israel Nature and Parks Authority to alert it to Facebook reports and pictures of a vulture with an Israeli identification ring and location transmitter captured by residents of the south Lebanese town of Bint Jbeil, a spokeswoman, Tali Tenenbaum, said.

“Reports passed to us show the vulture tied with a rope by local people who write that they suspect Israeli espionage apparently because of the transmitter attached to him,” the authority said. [Source]

PS: The title is obviously a joke.