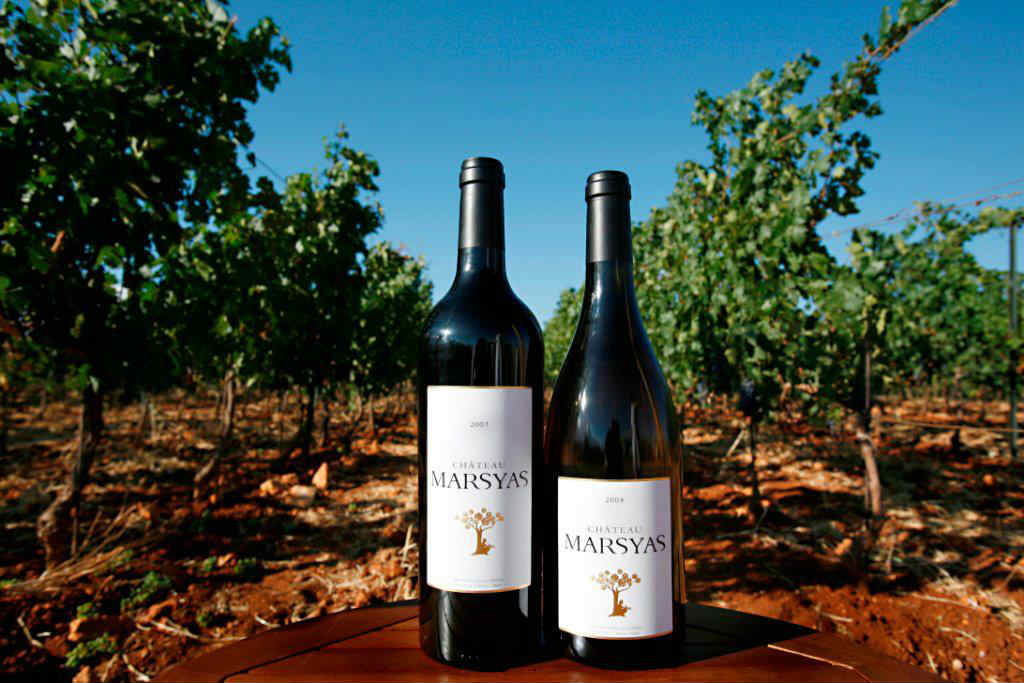 Karim and Sandro Saadé, the two brothers and owners of Château Marsyas in Lebanon and Domaine de Bargylus in Syria got a special two-page feature in the French daily newspapers Le Monde, one of the most important and widely respected papers in France and the world.

The report. entitled “The Grapes of Hope” was more than just publicity for the well-established wines but also aimed at portraying the positive side of Lebanon and the perseverance of wine makers despite the circumstances and the ongoing Syrian crisis. 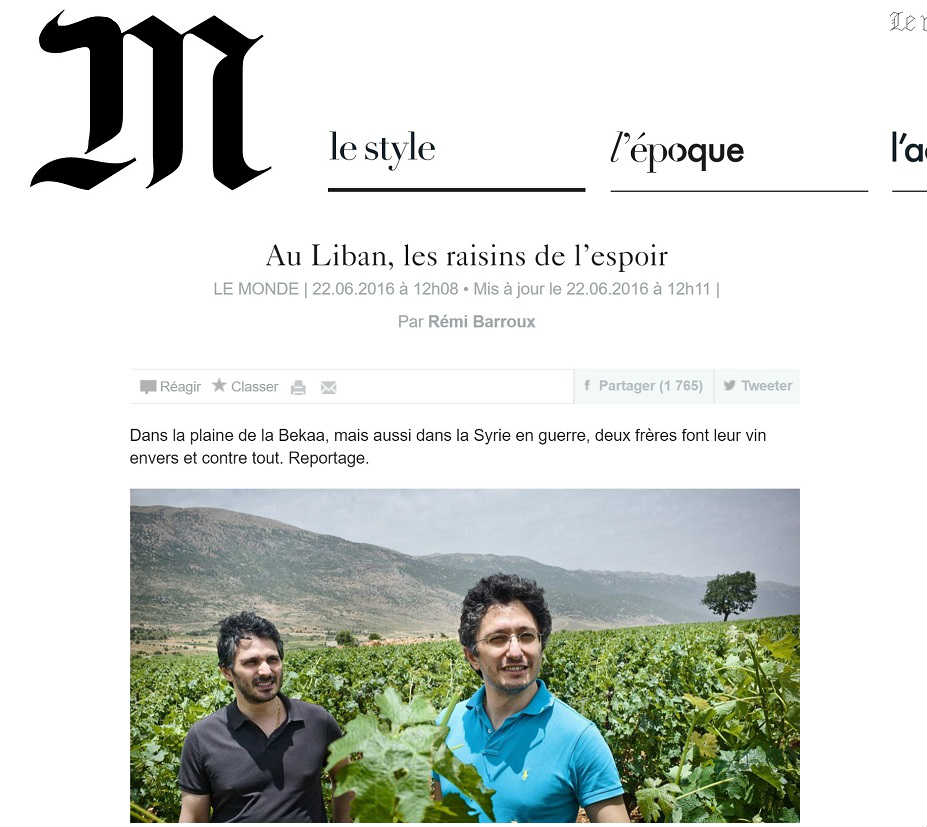 Lebanon is among the oldest sites of wine production in the world and our wines are celebrated worldwide. Personally speaking, Marsyas and Bargylus are among my top 5 favorite Lebanese wines. In fact, I’m gonna have a Bqa Marsyas Rouge tonight while watching Germany defeat Italy 😀

Congrats to the Saade brothers for this special feature and for their resilience in producing wine in Lebanon and more specifically in Syria despite being unable to access the estate there since 2011.

Cheers to better days ahead for Lebanon and the whole Middle East!