Before I start this post, I want to clarify that my opinion here is as a Lebanese citizen who has the right to hold any representative accountable for his actions regardless of his political affiliations, whether he’s a Minister, an MP or the President himself. Of course it should be done in a constructive and objective way, away from insults and personal attacks.

More importantly, what matters to me as a Lebanese nowadays are basic stuff, like a decent internet, 24/7 electricity, freedom of speech, security, stability, a good economy etc … and I don’t give a damn about one’s political affiliation if he/she is able to provide me with all those.

This being said, I strongly believe Marwan Charbel has failed on several occasions as an Interior Minister and that he should step down and make way for someone else who is capable to cope with everything that’s happening lately in Lebanon and its surrounding. Don’t get me wrong, Charbel is a good man and a highly esteemed officer but I believe he doesn’t have what it takes to manage the crisis we’re going through as a country and should take this load off his back and hand it to someone else. He could be perfect for another position for all I know but the Ministry Of Interior was not made for him. After all, there’s no shame in resigning as we are going through extraordinary circumstances that require someone a bit more street-smart and used to handling this ministry or any other sensitive position. 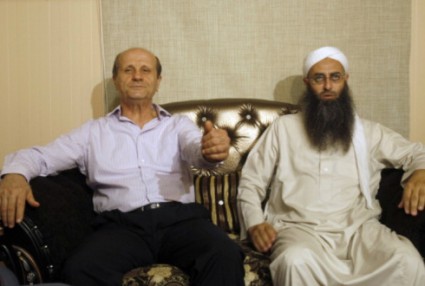 Putting this incident aside, let’s recap few past events:

– Marwan Charbel admitted back in May that the authorities had miscalculated in not building camps to house Syrian refugees escaping the fighting in their country and that he has no plans to fix this problem. [Source]
– Charbel refused at first to sign Nidal and Khouloud’s civil marriage contract despite the public pressure and the President’s request. Fortunately though he ended up signing it.
– As a reaction to the increase of thefts and kidnappings, he announced a security month but publicly announced the starting date thereby eliminating the element of surprise. [Source]
– He said and I quote that “There’s an old saying that Lebanon is the Switzerland of the Middle East; I say that Switzerland is the Lebanon of the West.” [Source]
– He teared up when asked about the security in Lebanon and the rise in crime. [Source]
– He got robbed twice during his visit to Romania.
– He justified the Antelias bombing back in 2011 as being “a result of a financial and personal dispute between several people, including some car dealers.” This justification is one of many that didn’t make any sense and insulted our intelligence. [Source]

Having said that, the man clearly has good intentions but seems disconnected from what’s happening and unprepared to offer solutions and take things in his own hands. His biggest mistake was probably the Abra clashes and the diplomatic approach that he took towards Assir who is now wanted for killing soldiers. For all I know, he may have been trying to cool things down but he clearly miscalculated the threat Assir and others posed and the arming that was happening from both sides.