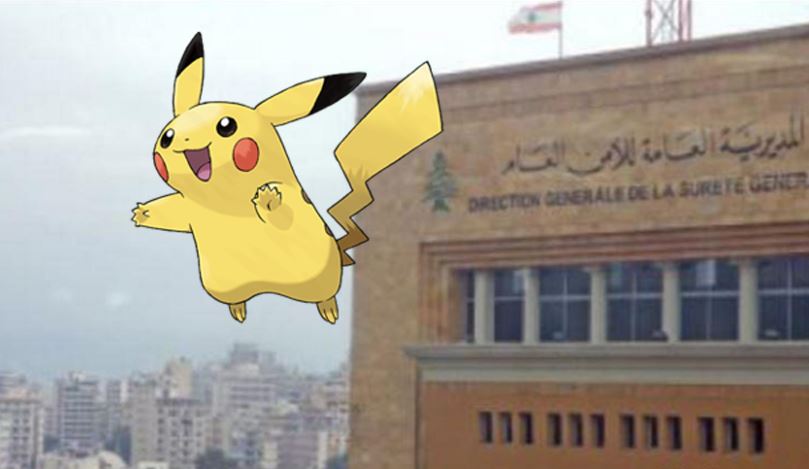 People have been sharing since yesterday a story about a Lebanese Pokémon Go player that got arrested for playing the game near the General Security HQ in Beirut. Apparently the guy was looking for a rare Pokemon near the building when security guards spotted him and arrested him. He was interrogated briefly then released (after he got laughed at).

I tried digging out the source but I couldn’t find any reliable one and the security forces didn’t issue any statement on that incident, so it’s probably fabricated but I am confident we will hear about arrests due to Pokemon Go.

Pokemon Go mania has officially hit Lebanon and hundreds of people attended the first meeting up last week. Just look at the video below:

PS: I personally played it for two days and lost interest.